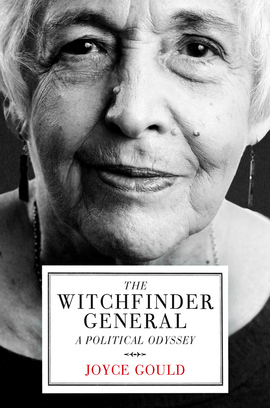 The Witchfinder General A Political Odyssey

From Boots Girl to Baroness, Joyce Gould boasts an impressive list of experiences and accomplishments. Through sixty-four years as a Labour Party member, she has fought for universal equality, for the right to a good standard of life for all, and for the spirit of her beloved party.

The Witchfinder General is the political autobiography of the woman who notoriously made Labour electable again – nicknamed the Witchfinder General for her determination to end the debilitating discord of the 1980s by uncovering and removing the Militant Tendency – and as such it is a tender and frank depiction of the party over the past six decades. But more than that, it is a social history as seen through the eyes of someone who lived it, and a personal history of a pharmacist’s apprentice turned political warrior, who has dedicated her life to making the world a better place.

These memoirs document a long career in the fight for equality, the building of the modern Labour Party and the creation of the Britain we know today.

“A warm and uplifting read. It is riveting in its description of the routing of Militant and strong in its conclusion that the outcome of this May’s local elections will be a ‘defining point’ for the ‘new Labour regime and its record’.”