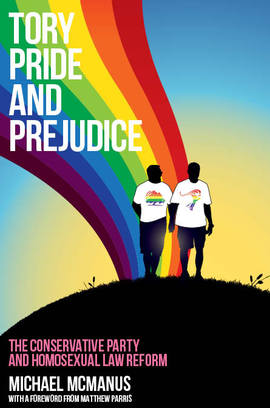 ‘Equality before the law belongs to everybody – or should. And the Tory tradition has generally held that an Englishman’s home is his castle, that there exists a legitimately private sphere of activity into which the state should not trespass. Churchill himself campaigned on the slogan ‘Set the people free’. Yet for one group of citizens equality before the law was for centuries an unattainable will-o’-the-wisp. For those who shared the love that dared not speak its name, the law was the enemy – and buttressing statutory prejudice was the Conservative party.’

This is the first full and frank account of how the Tories – for decades – allowed a small coterie of hard-core anti-gay parliamentarians to dictate party policy, before understanding at last, as a new millennium dawned, that the party had to understand and celebrate the real Britain of today, not an imaginary one of yesteryear. Drawing upon a wealth of primary research material and interviews with participants in these historic events, this book is rigorous in its analysis, but also lively and highly readable.

‘This book demolishes the unjustified stereotype of Tory views of the past and takes gay rights out of the party-political debate. It brilliantly charts the realignment of the party’s social attitudes.’ – The Rt Hon. Alan Duncan MP

‘This is a superbly written account of what has been for me – and many others – a very personal journey.’ – Nigel Evans MP

‘Bold and brilliantly written… McManus delivers searing insights not only into the personalities of the protagonists involved but into the very nature of British politics.’ – Frances Edmonds, broadcaster and best-selling author