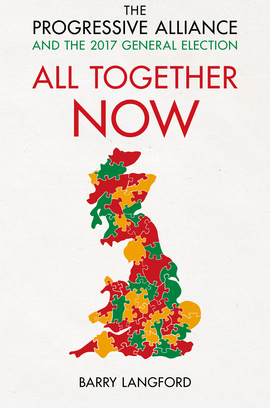 All Together Now The Progressive Alliance and the 2017 General Election

In the crucible of the 2017 general election, a small group of progressive activists set about trying to change British political life for the better. Armed with the conviction that the old politics was irretrievably broken, the progressive alliance set itself the task of breaching the walls of Britain’s tribal political culture.

Over the seven weeks of the campaign, even as the struggle between Theresa May and Jeremy Corbyn built up to a stunning and utterly unexpected climax, the progressive alliance fought its own battle. Its aim was to bridge divides, start conversations and forge alliances on the ground between progressives – socialists, social democrats, liberals, Greens, Welsh and Scottish nationalists – working together against their common foe instead of competing self-destructively against one another.

Based on first-hand testimony, All Together Now tells the dramatic story of how the progressive alliance helped shape the story of the 2017 election – and why its aims, its methods and above all its values will shape the future of 21st century politics.

“Radically altering a political culture and making the weather for progressive change takes a bold and imaginative strategy. This is the story of how Neal Lawson and the Progressive Alliance reset the dial. Times, they are a-changing!”

“It’s great to see this account of the Progressive Alliance story of 2017. The more I think and read about working together, the more critical I think it is and it is not just about elections. Here begins the story of a new future for progressives and their politics.”

“This political pluralism is an agenda that will not go away – essential reading for anyone attempting to understand modern politics.”