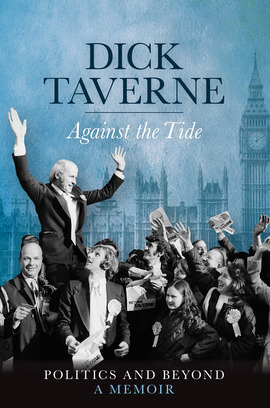 In 1973, Labour MP Dick Taverne caused a national sensation when he stood against his own party as an independent to win a historic by-election in Lincoln. Demonstrating the power of the individual against party politics, his bold move was a forerunner for the formation of the SDP some eight years later and cemented his own place in political history.

Peppered with entertaining anecdotes, this autobiography sets Taverne’s political battles in the context of a rich and varied life. After studying at Oxford University, Taverne juggled a legal career while taking his first steps in politics, before serving in Harold Wilson’s government during the 1960s. His later achievements included the launch of the Institute for Fiscal Studies and the founding of the charity Sense About Science, whose objective of advancing public understanding of science continues to inform public debate today.

Still an active member of the House of Lords, Dick Taverne presents a thoughtful and compelling memoir, as well as a measured account of fraught and turbulent times.

Dick Taverne is a natural re-creator of mood, moment and character from childhood, through the flavourful early post-war Oxford, the fascination of working with Roy Jenkins at the Home Office and the Treasury, to his brave, early, lone stand against leftward tendencies within the Labour Party. There is pleasure and instruction on every page.

Never underestimate the Labour party’s ability to fight back. Taverne’s work outside of Parliament may actually be his greatest legacy.

An easy and exhilarating read: the account of a courageous, fully committed and important life.

Brilliantly written, witty and very clear. I couldn't put it down... I devoured every word including the two Appendices.

Talking to Myself
Alastair Campbell Diaries: Volume 8
Dr Quin, Medicine Man
The Road to My Daughter