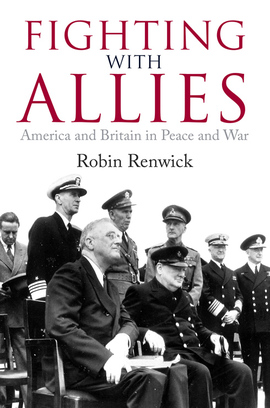 Fighting With Allies America and Britain in Peace and War

In this new and forward-looking edition of Fighting with Allies, former British Ambassador to the US Robin Renwick describes the roller-coaster history of the ‘special relationship’ between Britain and the United States first established by Churchill and Roosevelt in the desperate summer of 1940, exploring the profound changes it has undergone, especially in the past two decades, the increasing disparity of power and the extent to which it remains relevant in a very different world today.

Through the eyes of successive presidents and prime ministers, he describes in vivid detail how each side viewed the other during successive crises, both in the world at large and in the relationship itself – most recently over the Falklands, Bosnia, Iraq and Afghanistan – and outlines some lessons to be learned from those interventions.

Through its extraordinary history, full of outsized characters, the alliance has shown remarkable endurance, based on a solid foundation of common interest. With the ground shifting on both sides of the Atlantic, and Britain’s role in the world about to be changed radically by Brexit, the special relationship nevertheless is far from having outlived its usefulness today.

“Fighting with Allies matches the outstanding service of the author as one of Britain’s most distinguished ambassadors to Washington. Sir Robin explores with erudition and flair the subtle and complex special relationship between the United States and Britain, so indispensable during the Cold War. He shows its relevance to the post-Cold War world as well as the need for adaptation.”

“No player in the complex game of Anglo-American relations is better equipped to comment than Robin Renwick, and the timing of his analysis couldn’t be more welcome or more urgent.”

Ready For Hillary?
Gun Barons
The Men from Miami
China vs America