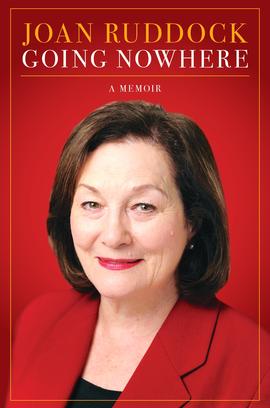 The story of Joan Ruddock, born in the Welsh valleys, who came to lead one of Britain’s biggest protest movements and went on to address the United Nations, before becoming an MP and minister, is a remarkable one.

After her election to the Commons in 1987, Joan held three consecutive shadow posts and, by 1997, was thought to be on the fast-track to high office. Despite having what was perceived by all to be a promising political future ahead, she was overlooked in Tony Blair’s early appointments and, as such, branded ‘going nowhere’ by the press.

The slight, though shocking, proved to be baseless, and Joan was soon appointed the first ever full-time Minister for Women. It was a portfolio that saw her, alongside Harriet Harman, push through a radical agenda, getting sacked for her pains a year later. Undaunted, she ran a number of high-profile campaigns from the back benches, including opposing GMOs, championing Afghan women’s rights and modernising the Commons.

A frank and good-humoured account of a life punctuated by political activism as well as personal tragedy, Going Nowhere is the story of how Joan defied expectations and maintained her resolve throughout twenty-eight uninterrupted years in Parliament.

“This is the memoir of a pioneer. A committed feminist at a time when women’s lives were to change out of all recognition, Joan was a champion of the women’s movement during her twenty-eight years in Parliament and a passionate environmentalist when the concept was scarcely recognised. Future generations who read this memoir will learn a great deal about how to make progressive change.”

“From Pontypool to Privy Council, Joan Ruddock has proved to be bright, brave, determined, principled – and modest. All of that shines through in this perceptive, candid chronicle of her life and our times.”