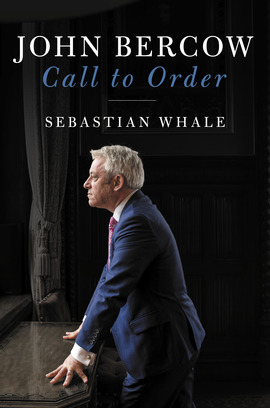 Polarising, combative, unconventional: few embody the fraught nature of British politics today quite like John Bercow. A man who is revered by his one-time opponents and condemned by his former bedfellows,  he has traversed the deep chasm between  the Conservative right and the liberal left during a career that has never been short  of controversy. Thanks to his eventful  decade as Speaker of the House of Commons, he is seen by some as a great moderniser;  by others, a constitutional arsonist.

In this revealing biography, political editor Sebastian Whale tracks Bercow’s journey from his childhood suffering at the hands  of bullies, to his membership of the far-right Monday Club, through to his contentious Speakership, taking in bitter confrontations in the Commons, challenges to convention and attempted coups along the way.

With the UK’s exit from the EU secured and bullying allegations beginning to resurface, Bercow’s legacy is under fresh scrutiny. Based on exclusive interviews with those close to the heart of Parliament, including both allies and detractors, this is the unvarnished story of John Bercow, one of the most influential political figures of the Brexit age.