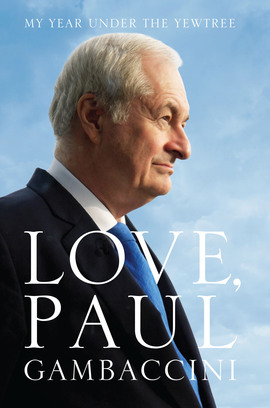 Love, Paul Gambaccini My Year Under the Yewtree

Paul Gambaccini was arrested in the dead of night in October 2013. Possessions confiscated, smeared in the press and rendered unemployable, Gambaccini was forced to pay tens of thousands of pounds in legal fees without an income.

For a year he was repeatedly bailed and rebailed, often learning of new developments in his case from the media furore that surrounded him.

Finally, inevitably, he was exonerated and added to the ever-growing list of celebrities falsely accused of historical sexual abuse.

Love, Paul Gambaccini is the full, unflinching story of the witch-hunt Gambaccini endured during those twelve horrific months as part of Operation Yewtree. Drawing strength from family and friends, he vowed to keep a journal during his ordeal, writing every day until his case was dismissed. The result is not only a searing account of how it felt to have the full weight of the state brought to bear on him; it is also an urgent, rallying call to arms to all those who care about the quest for justice.

“He is angry about his treatment, an anger that will be shared by anyone reading this book.”

'A good man caught in a terrifying labyrinth of injustice, cruelty and barbaric institutional indifference. A Kafkaesque fiction, surely? A surreal satire? No, cold and appalling fact. Paul Gambaccini’s story reads like a page-turning thriller. An important and ultimately inspiring book that forces us to imagine how we might have responded in the face of such a nightmare.'

'Paul has been my friend for over forty years. He is a brilliant and honest individual who suffered demoralising and unnecessary anguish. This book more than puts the record straight. Read it and get very angry!'

'The Savile scandal unleashed such an intense public fever for justice that it was inevitable that injustice would come in tandem. Paul Gambaccini was tested almost beyond endurance by false allegations, and his account exposes the cruelty that is inflicted when the legal system is captured by populist sentiment. His account is a timely reminder that past wrongs are not made right by creating witch-hunts.'