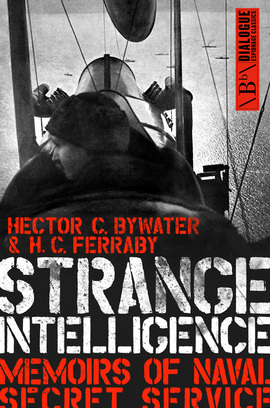 Originally written up in 1930 as a series of thrilling articles in the Daily Telegraph, his experiences were soon turned into a book, with the help of Daily Express journalist H. C. Ferraby, collating Bywater’s espionage endeavours in one rollicking tale of secret service adventure. Although the identities of the British spies carrying out the missions in Strange Intelligence are disguised, we now know that most of them were in fact Bywater himself.

Ahead of a war that was to put the British Navy to its sternest test since Trafalgar, Bywater reveals how he and his fellow agents deceived the enemy to gather vital intelligence on German naval capabilities. His account is a true classic of espionage and derring-do.