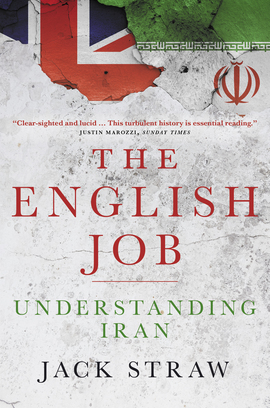 Amongst British diplomats, there’s a poignant joke that ‘Iran is the only country in the world which still regards the United Kingdom as a superpower’. For many Iranians, it’s not a joke at all. The past two centuries are littered with examples of Britain reshaping Iran to suit its own ends, from dominating its oil, tobacco and banking industries to removing its democratically elected Prime Minister, Mohammad Mossadegh, in a 1953 US–UK coup.

All this, and the bloody experience of the Iran–Iraq War of 1980–88, when the country stood alone against an act of unprovoked aggression by Saddam Hussein, has left many Iranians with an unwavering mistrust of the West generally and the UK in particular.

Today, ordinary Iranians live with an economy undermined by sanctions and corruption, the media strictly controlled, and a hardline regime seeking to maintain its power by demonising outsiders.

With tensions rising sharply between Tehran and the West, former Foreign Secretary Jack Straw unveils a richly detailed account of Britain’s turbulent relationship with Iran, illuminating the culture, psychology and history of a much-misunderstood nation. Informed by Straw’s wealth of experience negotiating Iran’s labyrinthine internal politics, The English Job is a powerful, clear-sighted and compelling portrait of an extraordinary country.

“This timely book explains how the Iranian regime justifies its antagonism by playing on the country’s unhappy modern history.”

“It explains the peculiar circumstances of a country finely balanced between becoming a nuclear power and risking international isolation.”

This turbulent history is essential reading.

For decades, British Foreign Secretaries have wrestled with the great challenges of dealing successfully with Iranian leaders. Jack Straw has gone beyond that to develop the rich understanding of the country’s culture, psychology and history revealed in this book. It will be required reading for anyone who wants to understand how to improve relations with Iran in the coming years, and is an accurate record of the attempts many of us have made to do so.

Jack Straw had an extraordinary experience when on holiday in Iran. He was handed a document effectively blaming him for more than a century and half of malign British interference in Iran’s politics. His book examines the main charges, with a mixture of history, wry comment and personal recollections from his five years as UK Foreign Secretary. The book is essential reading for anyone prepared to question the neo-conservative guff that dominates newspaper comment pages, derived as it is from those in the US, Saudi Arabia, the Emirates and Israel who wish Iran ill. The book is insightful and crisply written and I cannot recommend it too highly.

A book that is both highly readable and refreshingly personal. Jack Straw’s analysis of what shaped Iran’s tangled relations with Britain is lucid; his deep affection for the country shines through; and his first-hand account of the highs and lows of his adventures in Iran, both while British Foreign Secretary and afterwards, makes for a gripping yarn.

For Jack Straw, Iran started as a matter of public policy and grew into a private passion. In this fascinating book, he combines an exploration of the tortuous history of British–Iranian relations with the insights of the statesman to paint a compelling portrait of a country whose internal contradictions have an importance far beyond its borders.

Jack Straw was in the frontline of negotiations with Iran. This vivid account links his early diplomatic successes on the nuclear file with the harsh reality of the Iranian system. Iran remains a strategic flashpoint, as the Americans replace diplomacy with sanctions. Jack’s book is essential reading for those with a thirst for deeper understanding of the Middle East’s most complex and fascinating nation.

It’s rare for a Foreign Secretary to become so engrossed in the challenges of dealing with a single country that he decides to write a history of Britain’s involvement with it. But that is what Jack Straw has done. Cleverly linking his own experiences with the bigger picture, he gives us a splendid, engrossing account of the remarkable relationship that developed over the centuries between Iran and the UK, and ends with some wise advice for both sides on how to move on from the present, seemingly interminable, exchange of recriminations.

Sir Peter Westmacott, former UK Ambassador to the US, France and Turkey

This work scores a rare triumph: it commingles personal, political and historical perspectives to achieve a three-dimensional perspective on problems most observers see in only one dimension.

Richard Danzig, 71st Secretary of the US Navy