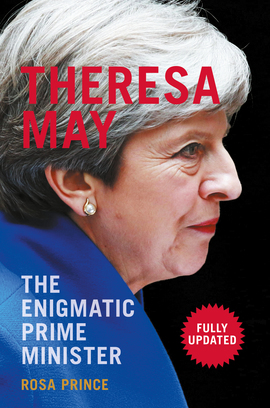 Theresa May The Enigmatic Prime Minister

Twenty days after Britain’s dramatic vote to leave the European Union, with the government still reeling from the political aftershock, a new Prime Minister captured Downing Street. Few were more surprised by this unexpected turn of events than Theresa May herself.

David Cameron’s sudden resignation unleashed a leadership contest like no other – and saw the showier rivals for his crown fall one by one with dizzying speed. So how did the daughter of an Oxfordshire vicar rise to the top job with such ease? In this fascinating biography, Rosa Prince explores the self-styled unflashy politician whose commitment to public service was instilled in her from childhood.

More than a decade after she warned stunned Conservatives of their ‘nasty’ image, May has become the champion of Middle England and, for the time being, united her riven party. Theresa May: The Enigmatic Prime Minister maps the rise of Britain’s second female premier, a woman who had to fight against the odds to become an MP, who remained overlooked and undervalued during much of her time in Parliament, yet who went on to become a formidable Home Secretary and, now, the leader of her country as it faces its greatest challenge since the Second World War.

"A laudable induction to the world of May, providing context (and possibly reassurance) to those keen to know more."

Comrade Corbyn
Call Me Dave
Power and Pragmatism
Beyond a Fringe