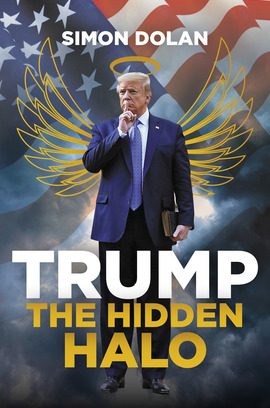 According to most of the media, the left and the political establishment, Donald Trump was a racist, sexist, dangerous man who debased the office of US President, embarrassed his country and brought it to the brink of civil war.

Throughout his administration, the contempt in which the billionaire businessman and TV personality was held across the Western world led to sneering at any alternative view. And yet Trump came within inches of re-election, and had it not been for the coronavirus pandemic he almost certainly would have succeeded.

Undeterred by all the noisy vilification, more than 70 million Americans formed their own view – and they liked what they saw. Now, determined to redress the balance of a fiercely partisan debate, Simon Dolan, a multi-millionaire British businessman and entrepreneur, looks behind the hyperbole to offer a very different take on Donald J. Trump. Just what were the achievements and personality traits that appealed to voters in their millions?

Trump: The Hidden Halo sets out to reconsider this most divisive figure through the eyes of those who supported him. Looking to his economic record, the impact of ‘America First’ and the effect of his bombastic approach to foreign policy, this timely consideration of Trump’s appeal to the masses presents the man in a new light: did he have a hidden halo after all?

“Powerful and important … Trump: The Hidden Halo gives him the fair hearing he was consistently denied.”

“We all know what Trump got wrong; not enough is said about what he might have got right. Dolan gives us something very different – a marvellously contrarian counterblast. It should be read by anyone who wants to understand what really happened in America in the past five years.”

“Since 2016, I have looked at US politics through anti-Trump spectacles. Maybe I have seen what I wanted to see and believed what I wanted to believe. While it has not changed my fundamental position, in arguing an alternative view Trump: The Hidden Halo has helped me understand both why over 74 million Americans voted for Trump in 2020 and how essential it is to take into account all the facts when coming to a political judgement.”