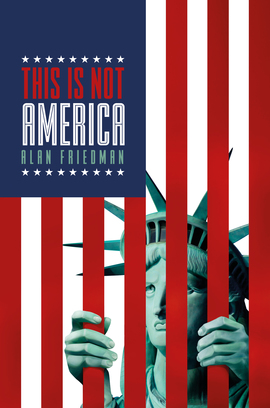 This Is Not America

What has happened to America, and what’s become of the American dream?

Behind the self-confident image of world’s most influential country, we now see a nation tearing itself apart. The United States may be arguably the world’s only superpower, but its internal tensions are a symptom of suffering and division, a condition only exacerbated by the election of President Donald Trump.

In this searing account, expatriate journalist Alan Friedman returns after thirty years in Europe and examines the real America through the mouths of its citizens. Set against the backdrop of the 2016 presidential election campaign and the inauguration of President Trump, Friedman tells a vivid story of terrible inequality – from the excesses of Wall Street to the grinding poverty of Mississippi – and explores the issues, from racism and gun control to Obamacare, that have polarised a nation.

Drawing on his personal interviews with Trump and with Russia’s President Putin, Friedman paints a detailed portrait of the new leader of the free world and explores the real risks of the Trump presidency for America and for the world.

Dark and provocative, This Is Not America may just be the most important book of the year.