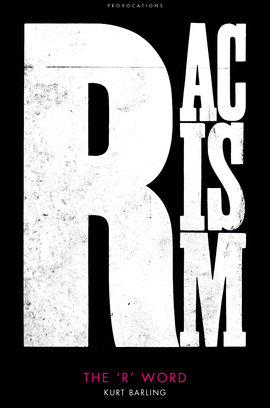 Race and racism remain an inescapable part of the lives of black people. Daily slights, often rooted in fears and misperceptions of the ‘other’, still damage lives. But does race matter as much as it used to? Many argue that the post-racial society is upon us and racism is no longer a block on opportunity – Kurt Barling doubts whether things are really that simple.

Ever since, at the age of four, he wished for ‘blue eyes and blond hair’, skin colour has featured prominently as he, like so many others, navigated through a childhood and adolescence in which ‘blackness’ de­fined and dominated so much of social discourse. But despite the progress that has been made, he argues, the ‘R’ word is stubbornly resilient.

In this powerful polemic, Barling tackles the paradoxes at the heart of anti-racism and asks whether, by adopting the language of the oppressor to liberate the oppressed, we are in fact paralysing ourselves within the false mythologies inherited from raciology, race and  racism. Can society escape this socalled ‘race-thinking’ and re-imagine a Britain that is no longer ‘Black’ and ‘White’? Is it yet possible to step out of our skins and leave the colour behind?

"An ambitious new series that tackles the controversy of the topics explored with a mixture of intelligence and forthright argument from some excellent writers."

Featured in the Times Higher Education ‘academic titles worth adding to your reading list.’

Refusing The Veil
The Madness of Modern Parenting
What Have The Immigrants Ever Done For Us?
Why Women Need Quotas
Authenticity is a Con
Anti-Semitism
Down with the Royals